The construction industry will need another 30,000 workers in two years’ time, according to an industry group. 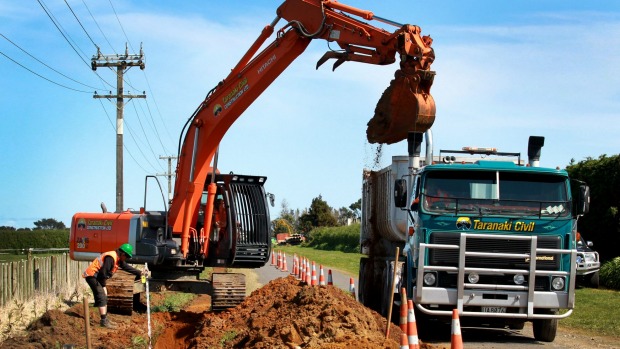 Civil Contractors New Zealand (CCNZ) said not enough people were being drawn into construction, which was expected to grow by 4.7 per cent, twice the national job growth rate by 2019.

One in five new jobs created between 2016 and 2019 would be in construction, according Business, Innovation and Employment Ministry forecasts.

“There is no doubt that the face of our industry is changing; there is more technology, more innovation, more women are joining the industry and more training is being offered.

“We need more skilled workers and the reality is that a lot of the training will need to be done on the job, which means that people can earn as they learn.”

CCNZ has 600 members in either civil construction and general contracting. Silcock said the sector was in a huge growth phase with major infrastructure projects underway or on the books.

A Civil Trades Certification programme was introduced last year, the civil construction industry’s first apprenticeship scheme, to recognise the skills of both existing and future workers.

“Increasingly our people are very well qualified craftspeople and as an industry we need to get better at recognising and rewarding their skills and expertise,” Silcock said.

The growth phase was expected to continue well beyond 2019 so it was vital new workers were attracted now, he said.

A labour crunch in construction were also highlighted in Statistics NZ figures on Wednesday which showed that almost 80 per cent of construction firms reported vacancies last year. 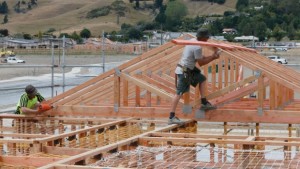 Planning to build a new home? Otago is the most expensive place in the country to do so, new data reveals. The data, from Statistics New Zealand, also shows that Kiwis are building fewer homes but their floorplans have mushroomed by 60 per cent, thanks to a love of bigger houses.

Fast forward to today, 42 years later, the building rate had dropped again, to 30,000 new consents, although the average floor size had plateaued at 182 square metres.

Statistics NZ spokesman Neil Kelly said collectively New Zealand was building over a million square metres more in residential space than it used to, but that was not due to an increase in houses.
“This is because houses are now so much bigger than they used to be,” he said
There was also a large $196,000 gap between the most expensive and cheapest places to build.
Otago narrowly beat Auckland for the crown, with new homes in Otago costing on average $396,000 to build.

However, Otago costs are skewed by Queenstown, where the average cost was $445,000 – land not included.
Auckland building costs were $390,000, with a higher cost per square metre than Otago, but a smaller average dwelling size.
“We don’t have a lot of insight into the cause of the differences by region, but obviously we can make some educated guesses,” Kelly said.
Factors included availability of labour, cost of building materials and, in some regions like Christchurch, tighter construction rules.